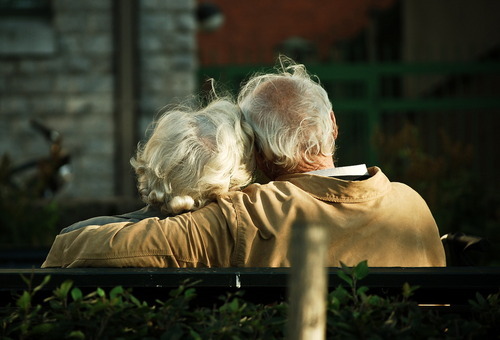 “I realized something was not quite right about the way my husband was acting,” says Janie Barron, a participant in Piedmont Fayette Hospital’s Sixty Plus Services program. “He was having a lot of trouble remembering things.”

Barron chalked up his behavior to the normal aging process. But then a year went by and his memory continued to decline. At that point, her husband started to notice a change, too. The Barrons went to their doctor, who recommended neurological testing. The results of the tests were devastating: he had mixed Alzheimer’s disease and dementia.

“I realized immediately that I didn’t want him driving,” says Barron. “I started volunteering to drive, but he wasn’t crazy about that. He knew he had the diagnosis, but to this day, he still says, ‘I don’t have Alzheimer’s.’” Barron took over most daily tasks, such as driving and bill paying, as well as helping her husband with his many medications.

“He had no clue really what he was taking,” she explains. “I started giving him his medications. That’s how I realized this was going to be a road that I was going to go down and I didn’t know exactly what to do. I just knew it was going to be something that affected our lives.”

Barron has volunteered at Cancer Wellness at Piedmont Fayette for years, and it was the center’s director who told her about the hospital’s new Sixty Plus Older Adult Services program. Barron called Susan Gordon, the manager of the program, the day Gordon was unpacking boxes in her new office.

In her new role, Gordon launched the caregiver support group to provide a resource to caregivers like Barron.

“I came to the group thinking, ‘I’m going to get answers to everything I have a question about,’” remembers Barron. “But that’s not the way Alzheimer’s works because every case is different.” Barron says many people are not educated about Alzheimer’s disease and its effects. “When you say your loved one has Alzheimer’s, people say, ‘Does he know you?’” she explains.

“I can say whatever I feel; I can be myself,” she says. “If I have to cry, I can. I also get a lot of laughs out of there too, because some of the experiences are funny; some are sad.” Barron is grateful to have fellow caregivers in the support group who understand exactly what she is going through. “I’m so happy it’s here,” she says. “It’s just a soft place to fall.” 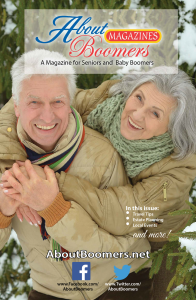